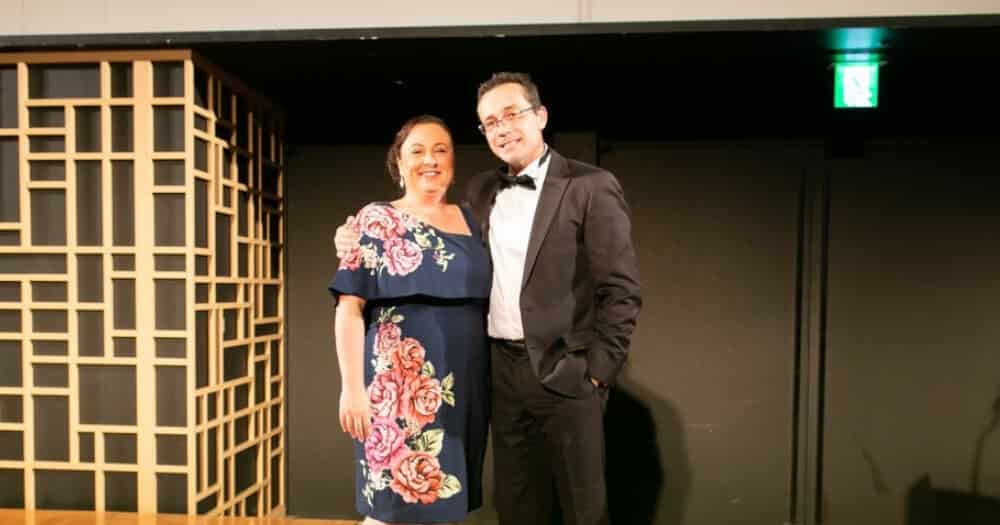 March ended in a big way for NFPG, with a large number of the team heading over to Tokyo, Japan for the 2019 RI Advice Group Awards of Excellence.

Held within the traditional gardens of Happo-En with its Edo-period architecture and centuries-old bonsai trees, the evening offered numerous awards across both practice and individual categories, to celebrate and encourage excellence at every level. A beautifully presented meal was accompanied by a traditional geisha dance and ceremony.

This year’s awards saw the company in the running for the CEO’s Choice Practice of the Year ($1M and over). NFPG’s Kristy Coulin was also nominated for Support Person of the Year, for her contributions to the administrative responsibilities of the NFPG business.

While NFPG missed out on Practice of the Year, the team were thrilled to watch Kristy – a former Client Service and Office Manager – take to the stage to accept the award for Support Person of the Year.

“It’s wonderful to be recognised for the time I spent in those roles,” said Kristy, who is now thriving in a Financial Adviser role. ”The award has given me the sense of achievement that you can succeed at whatever you do and can gain recognition.”

“There’s a part of me that will always see myself as an administration person, but I can’t wait to build upon the client relationships I’ve established in new and exciting ways.”

For NFPG CEO and Managing Director Daniel Brown, Kristy’s recognition is further evidence of the support shown for women not only within the company, but across the wider group.

“Kristy started out in our administration team, and has applied herself diligently over her time here to become one of our most talented and valued financial planners,” said Daniel.

“Her award is timely and well deserved, and a great example of how we encourage everyone who works with us – clients and staff alike – to follow their passion.”

Kristy sees the achievement as a capstone to her administrative career, and hopes it serves as inspiration to others in such support roles. And although it was her first time in Japan, there was little time for sight-seeing!

“We literally flew over for the conference and flew straight back to work pretty much the next day, so let’s just say it wasn’t a holiday!” she laughs.

“But we’re really glad to have done it. Everyone over there was so friendly and accommodating, and it’s just an amazing place to see at night. It was a really great team-building exercise.’

With Kristy’s win and the company’s recognition at the 2019 Awards, NFPG continues to build its profile and reputation for success, and is now in the Top 10 both for size and business growth within the RI Advice Group – one of Australia’s oldest and most well-regarded financial groups.

DISCLAIMER: The views expressed in this publication are solely those of the author; they are not reflective or indicative of RI Advice Group’s position and are not to be attributed to RI Advice Group. They cannot be reproduced in any form without the express written consent of the author. This information (including taxation) is general in nature and does not consider your individual circumstances or needs. Do not act until you seek professional advice. Newcastle Financial Planning Group, Central Coast Financial Planning Group, Sydney Wealth Advisers, Coastal Advice Port Macquarie and Coastal Advice Ballina Byron are subsidiaries of Coastal Advice Group Pty Ltd which is a Corporate Authorised Representative of RI Advice Group Pty Ltd, ABN 23 001 774 125 AFSL 238429.